The site is a blog and a game about wars that uses hex based mapping as a focus. The idea is that each scenario can be explored visually in a consistent mapped format for analysis and information as well as played in the traditional sense. It will be assumed that linked references will support the main bulk of the factual content and so the articles wont be that long in their own right. 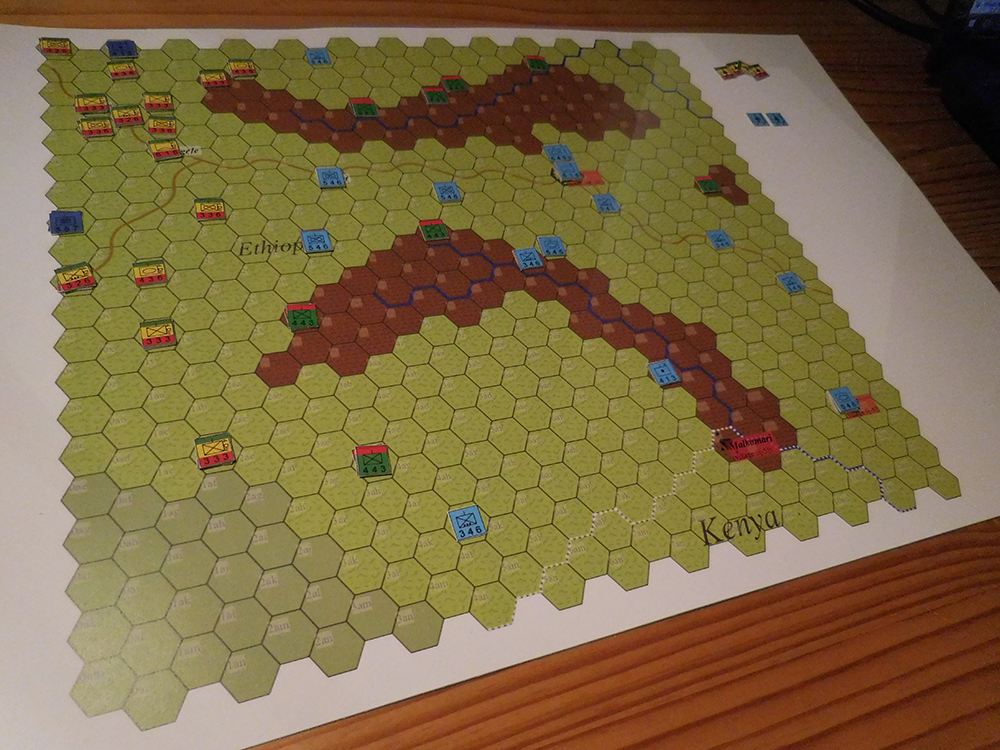 Part of the sites objectives is to provide insight into all modern engagements. Clearly that will take some time, but eventually I hope it to be a solid starting reference for a good deal of modern wars.

The current objective is to create a new blog item every now and then detailing a specific battle, mainly out of interest in exploring that battle. The focus will be on modern warfare although battles from the past will be included across all time including the period BC. In particular the blog will from time to time cover current battles as they evolve. I am trying to be as diverse as I can across the 1945-date period.

The site does not purport to be a expert resource as such with regards to belligerents or orders of battle and where details are not know, especially in the current developing theatres, best guesses are made. Also, many battles are not that well documented on the internet where I get most of my background and that will be reflected in the scenario details.

Something that did inspire me was Brasseys Dictionary Of Battles which gives a simple overview of a lot of battles, regardless of their scale etc. For example, in his foreword he details the inclusion of military engagements where no shots were fired, including naval engagements where the outcome nevertheless was historically significant. I will be taking a slightly different stance, and will simple be including a massive span of engagements even when there is no historic merit, something common amongst the current affairs items. In total I hope to over the grand to the mundane. I personally find the very small engagements, often with less than 10 counters to be even more appealing than the monster style games. Many current events are relatively mundane, but even in their own sense are still rich with cultural inflection and background and can provide enjoyable distractions or as appetizers for grander campaigns.

Whilst I consider myself a hardcore gamer, the truth is im not. That’s because I just don’t have time, and im sure i'm not alone. This site aims to fill the gap for similarly serious gamers that don’t have time for learning rules or committing anything more than the very minimum of time. All the scenarios use the same very simple rules. Also, as much as I like big maps and lots of counters, the idea of spending 100 hours to play through once only then to have a grip on the rules and strategies etc that then require a second play to do the game justice are not an issue. You can play all of these games relatively quickly, and then once played, start again right away, no need to resort counters and what not. 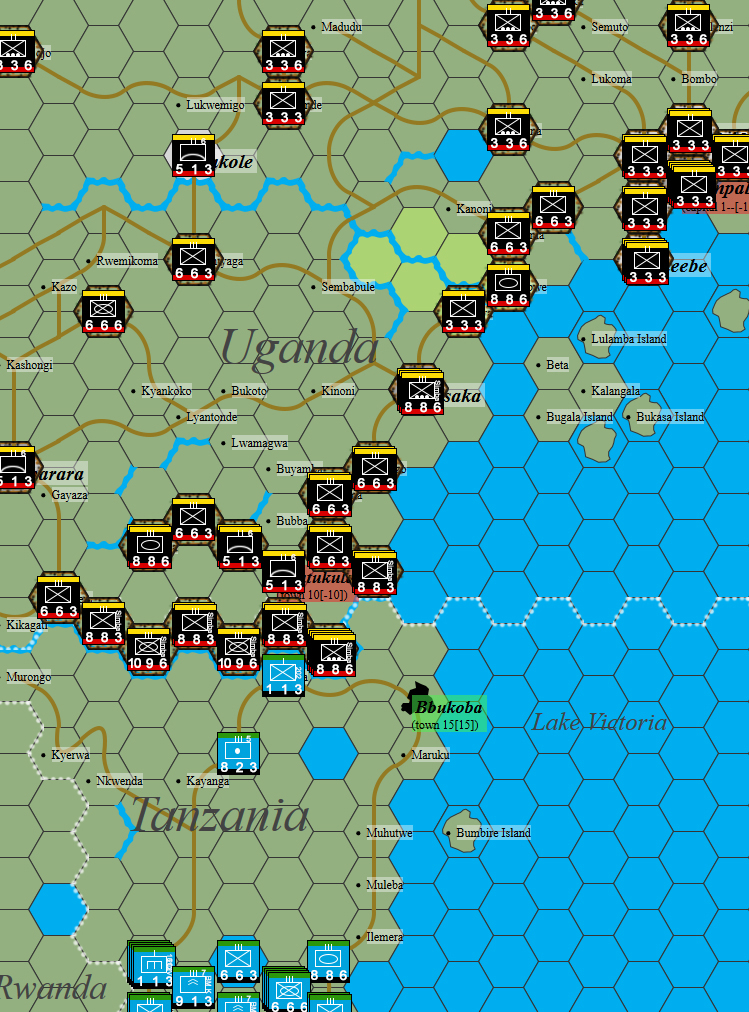 I have played a number of games, more recently Europa Universalis which in total I played 3 times I think, although I did have the previous version. However, they take time, days on end. Because of my lack of time I spent quite a lot of time playing Hex Empires, a puerile games but massively addictive. That frustrated me a little as you walk away learning nothing and have nothing to remember it by. I hope that Warblog will fill a similar niche but at the same time offer people an educational opportunity and perhaps a stepping stone to further research, something Hex Empires and their ilk seldom do.

It is my intention to come back to certain battles and improve them either from an initial 'sketch' through to fine tuning elements as more is learnt. A key strength to this format is the ability to make modifications and fine tune detail over time. As such, some scenarios might appear unfinished or unpolished. If you have a particular desire to play any game that appears unfinished, just ask and i'll look into bringing it up to speed.

Hopefully this 'blog' will provide an interesting medium to analyse current military engagements that you might read about in the news etc in a light that focusses more on the mathematical strategic situation.

The games are designed to be played over a small time-frame, such as a coffee break and differ from many conventional wargames in that they are not campaign based or epic in format. As such, things like supply and command are not dealt with. You can probably get just as much gameplay out of them by just looking at them for free.

Unlike traditional hex based board games, War Blog does not intend to create a raft of special rules for every type of action, and in fact wont show calculations or tables at all. Whilst part of the fun of traditional board games was learning the maths and look up tables, that was mainly because they were cardboard chit games. This is a computer, so all of that is done for you. Most importantly it should eliminate the 'rule player' syndrome by forcing players to play as they feel the game should be played instead of hunting out tight odds ratios and rule loopholes. However, the actual rules are not that complex and traditional features still exist such as battle odd ratios for determining battle victory etc. In short this leaves a simple and intuitive gameplay and allows you instead to focus on the events and their environments.

Current game features include: There is a go live deadline now for 2 July 2020 (as of 29 April 2019). From this date I hope to have what I am calling R1 released. The price will go up to 60 Euros. Most, but not all of the above non strike through features will be included plus the finished graphic design of combat and related graphic interfaces. This is a tentative release date which I hope to achieve. I have delayed even considering an R1 release date so far as I prefer the easier position of not having to quibble with people that complain about its unfinished state and errors but development has come so far that I think its about time to push things to the next level. 1 year from now gives me plenty of breathing space.

Hopefully that will give you a good idea. If you have the urge to move proper counters around with your mouse then sign up now and move counter things around in real historical scenarios when ever you feel the urge without having to unpack boxes or read lots of words etc.

By signing up to this site and playing all the games you will immediately become an expert in modern military strategy.

Advertising banners are available on this site, click here for more information.