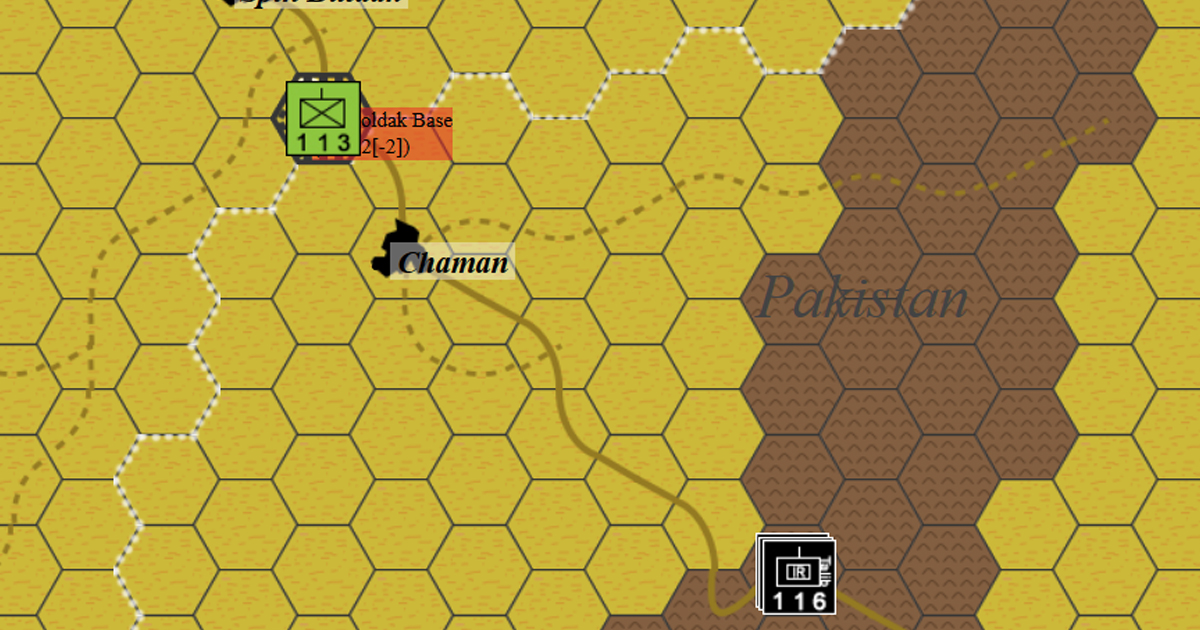 Afghanistan
Pakistan
To play this game now Sign Up Here


Taliban forces cross the border from Pakistan to attack an outpost near Spin Buldak.

There were 32 men posted at the base and they all died.

A member of the Afghanistan Parliament was quoted as saying, 'No one survived'.

The Taliban assault started when then infiltrated a guard tower during a guard change over. When the fresh guard returned he was shot. THe Taliban then rammed the main gates with a stolen police Humvee filled with explosives after which they attacked everyone else in the base.

After the attack, the Taliban looted the base and left.