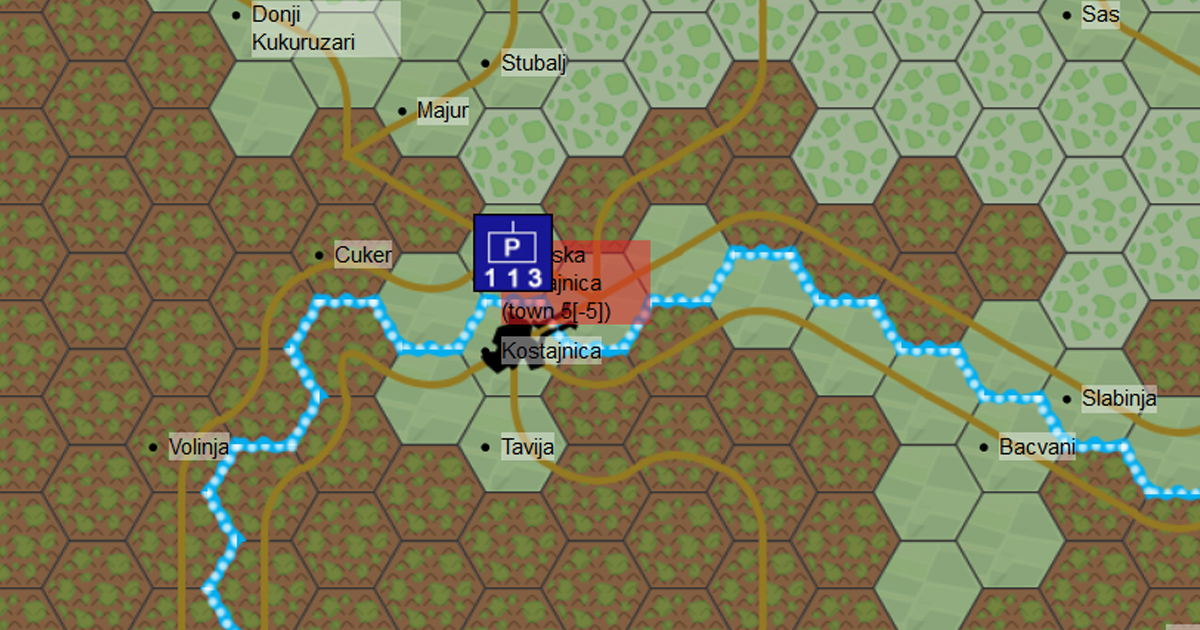 
Reports indicate that Kostajnia was abandoned without a fight. however, a Bosnian policeman that had been guarding the bridge said that Serbian militiamen from the 7th Banja Division had been in the town earlier in the day and had hung a Yugoslav flag over the abandoned Croatian police station.