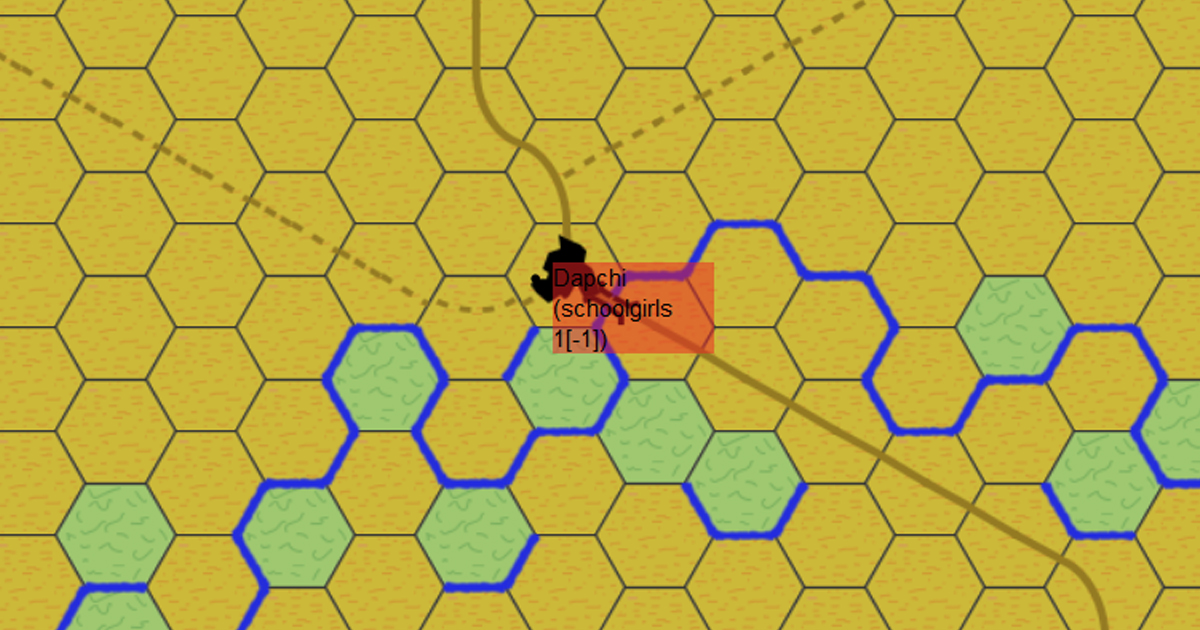 
Boko Haram kidnap about 91 schoolgirls from a school in Dapchi.

Nigerian forces rescue about 76 but 2 died leaving about 13 unaccounted for.

It was noted that the Nigerian authorities often down played such incidents, including the Chibok kidnapping in 2014 where 270 schoolgirls were kidnapped and other more recent abductions. The Nigerian government initially denied that the Dapchi schoolgirls had been kidnapped but later reported the rescue of the 76 girls.

Whilst this scenario is not quite how it happened, I have modified the timeline a little for gameplay. Essentially the Nigerian units should appear about the time that the Boko Harem units catpure the schoolgirls and from there they have to get to the edge of the board. Might work better with a larger map, but its really a reflection of the event with the gameplay thrown in on top. As such, the Boko Harem irregulars have a 4 movement whilst the Nigerian motirised units have 7. Have not played it yet so I dont know how it will work out.