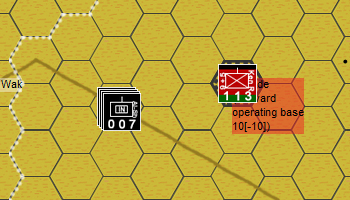 
In a surprise attack Al-Shabaab rebels attack a Kenyan forward operating base.

It has been said that there was warning of the attack and a neighbouring base 600 yards away with Somali soldier had been warned and had left the area.

The attack stated with a suicide bomb that blew up the main security gates and killed a lot of people. The rebels then began their assault and killed almost all the defenders who numbered about 200. Around 40 fled.

The suicide attack can be replicated with the insurgent unit. Its interesting to note that if it doesn’t work then the odds are very different.

The assault was also noted by the Kenyan Governments refusal to acknowledge it.

There were about 300 Al-Shabaab who are represented by 3 motorised companies with strong factors. The Kenyan units were surprised in the morning around 7am whilst going to their prayers.