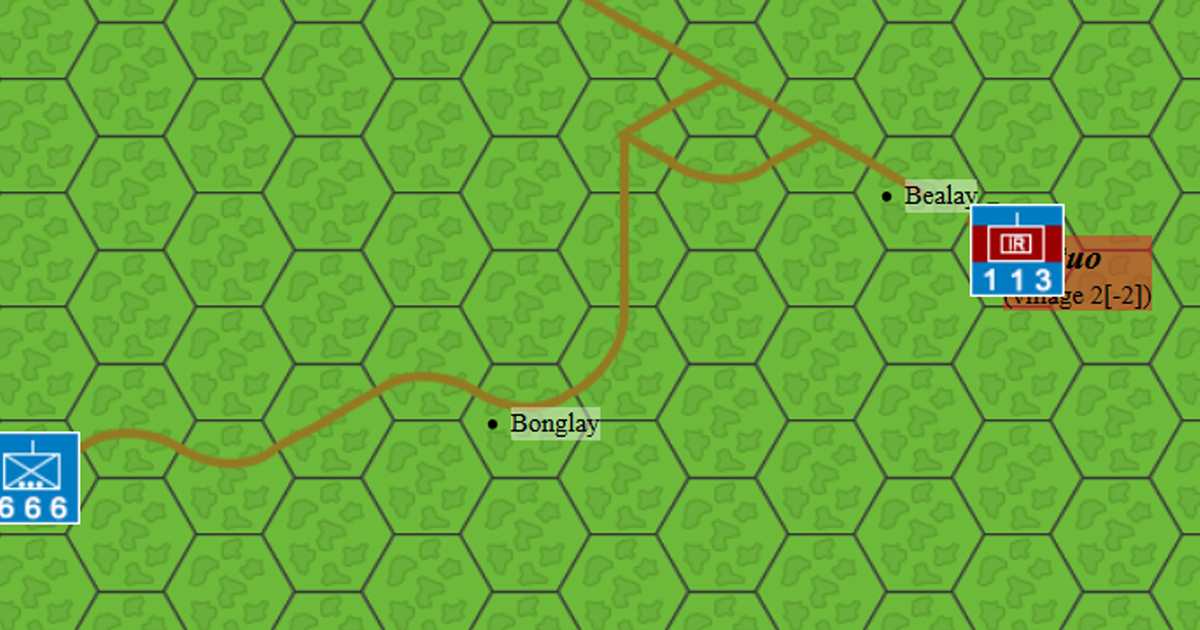 
This is a snap shot of the war based on an article from the Times Newspaper that details the shooting of the local comminnioner in Butuo and his wife as well as 200 villagers there.

Other reports note how difficult it was to get information fromthe area due to it being shut off by the military and with dusk to dawn curfews and the area being out of bounds to travellers.

Essentially, in this scenario we have National Patriotic Front of Liberia units in Butuo, but it is assumed that they either leaver or are pushed out by a larger Liberian Armed Forces unit, who, when entering Butuo, trigger refugees who then either flee or are killed.