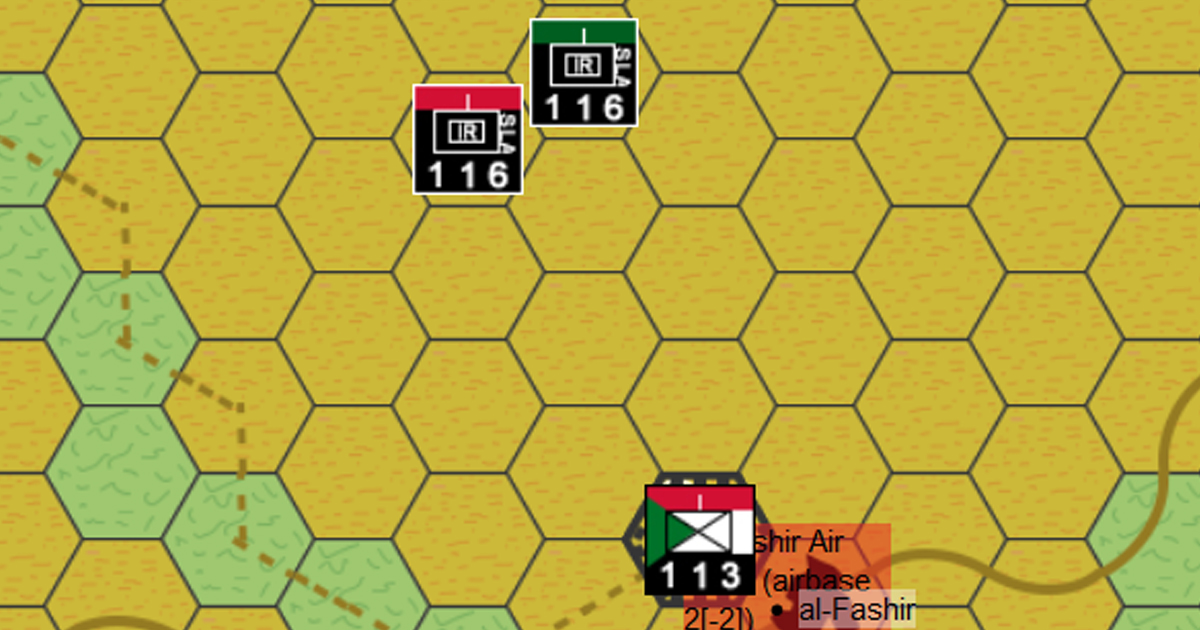 
This scenario details the second major event in the unfolding of the War in Darfur which took place on 25 April 2003.

A combined force of joint Sudan Liberation Army units and Justice and Equality Movement units drove in 33 Toyota Land Cruisers to the air base in Al Fashir which they assaulted and destroyed. They managed to destroy four Antonov bombers and helicopter gunships.

The Darfur Liberation Front which was initiating the rebellion in Darfur and which had it's stronghold in the Marrah Mountains was achieving significant gains against the Sudanese government forces, however, they were being devastated by the governments airstrikes in the mountain areas. As such, they made a plan to assault the airbase at Al Fashir .

The raid was considered unprecedented and gave the rebels a significant boost in morale and equipment.